Following the input from people replying to this post and after a short discussion among the admins, we’ve changed the caption to say :

Turkish Marxist-Leninist group using a black and red background for their flag.

The group recently disbanded and is fighting in Rojava alongside other revolutionary groups.

Many thanks to everyone who commented, apart from those who claim that anarchism and communism aren’t compatible. Most revolutionary anarchists have been anarcho-communists. 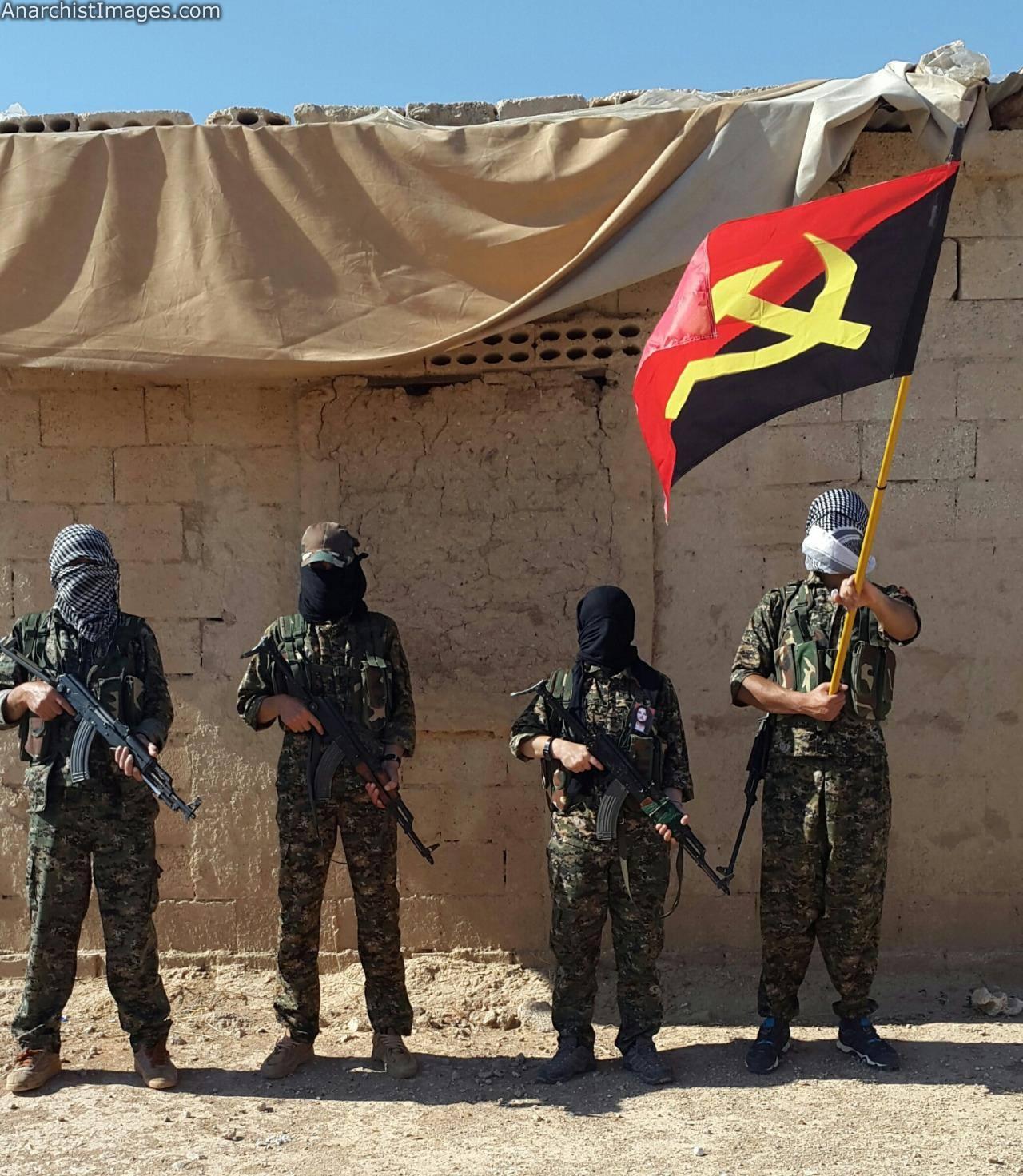