Anarcha-Feminism in the Muslim world:

Feminism Attack, a self-managed and self-funded collective movement, whose members have an average age of about 20 years. It is inspired by anarchist ideas to search for radical solutions to social and political problems, and the dangers that threaten the position of women in society.

The movement aims to establish a self-management culture and believes in the obligation of the revolt of women against all kinds of exploitation. It challenges all aspects of the status of women in patriarchal society: abolition of stereotypes based on sex, abolition of dehumanization and objectification of women, complete elimination of violence against women (rape, domestic violence, female genital mutilation, forced sterilization, indecent assault, sexual harassment ).

(Image not from Tunisia) 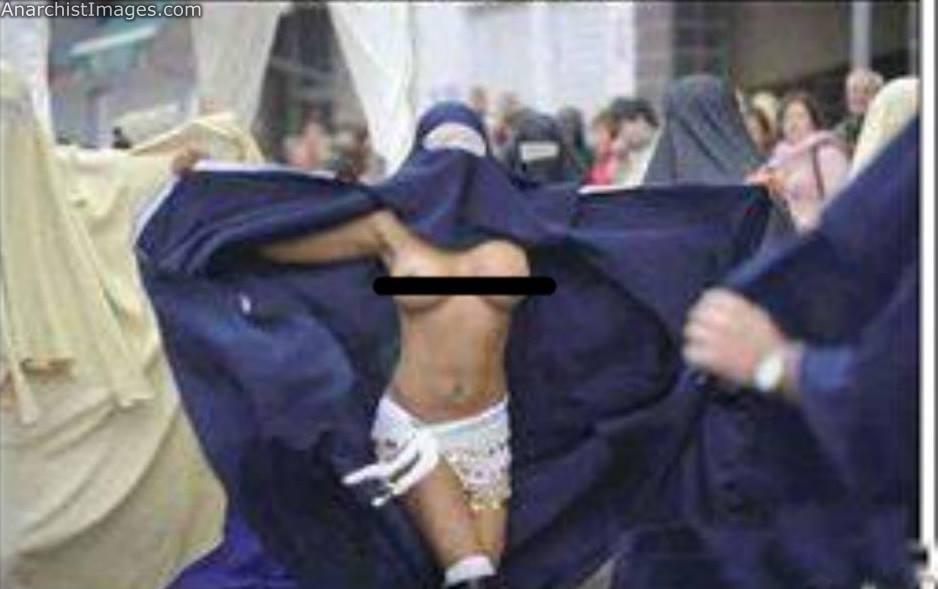