Solidarity and support for anti-Trump protestors in Chicago who shut down the UIC Trump Rally, as well as those protestors arrested in St.Louis trying to protest Trump there. Trump rallies are racist gatherings where Trump openly expresses vile neo-fascist ideas, where his supporters openly assault, physically and verbally, protestors.

From his 24-hour full-spectrum television coverage, we’ve heard his racist speeches and calls for violence for months. Then numerous people, many black and brown, who hadn’t even made a sound at Trump rallies started being escorted out by official security. And as Trump couldn’t even disavow the KKK’s endorsement while spewing his own racist garbage, violent racist attacks started taking place inside Trump rallies. This is why people were right to protest. 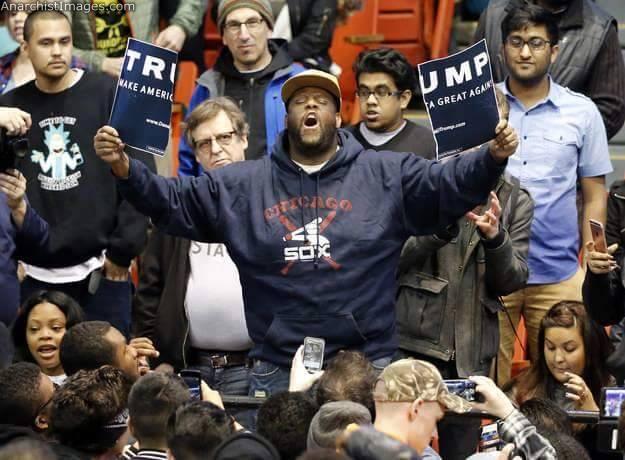